Bacon Birthday Cake for the Grown One! 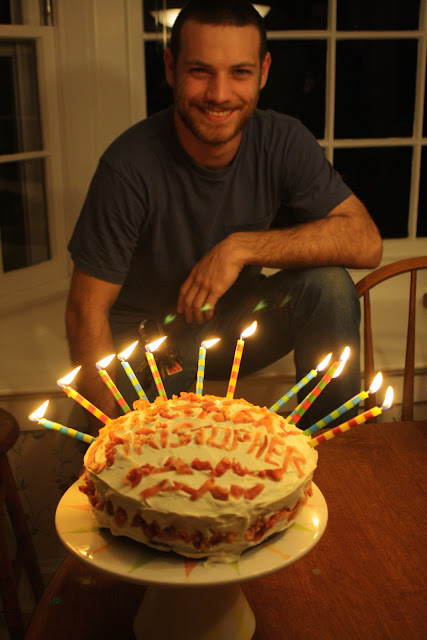 Yesterday we celebrated the 23rd birthday of the Grown One ..... hard to believe he is this grown :/ But we are so very, very proud of the man he has grown into. He believes that bacon is truly one of the best things in life so when I was posting on his Facebook page I thought "hmmmm wonder if there is a google image of a bacon birthday cake" and indeed there were several. When he saw my post he responded "Please tell me this is my birthday cake!" Well, what's a mama supposed to do?! I baked a gluten free chocolate cake 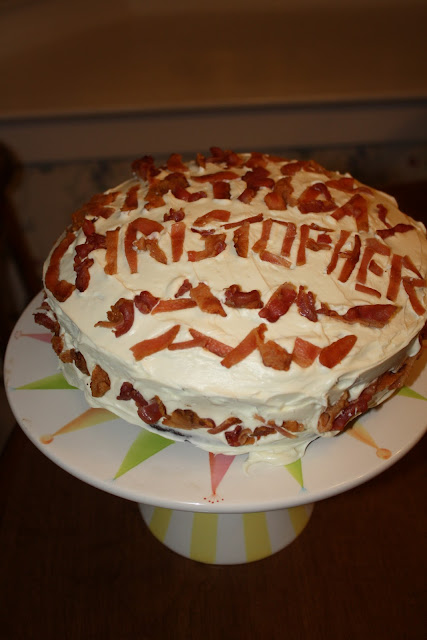 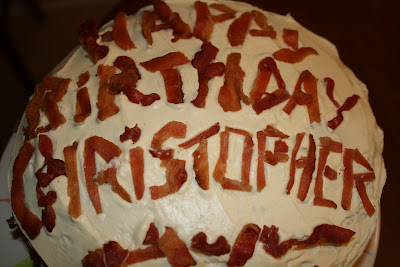