On Sunday, February 15th I spent the afternoon in a Creative Journey Workshop taught by Shelba King of Gypsy Moth Studio. It was an introductory workshop on intuitive art. "Intuitive painting is a practice that seeks to tap into the wells of your creativity, unleashing unplanned art fueled by your intuition. This technique calls for action without limitation and painting without worrying about the end product." You may read more about intuitive art here:intuitive-painting In the past I have done layering of paint, not knowing really where I was going with it but always had a slight idea of where I wanted it to go. This was very different, after every layer Shelba would have me step back and look at the canvas until it spoke to me. Towards the latter half each time I was told to turn the canvas 90 degrees and step back. It was interesting once I saw things popping out to me. I thought I had seen one thing and had stepped back farther then sat down while Shelba talked to me, all of a sudden I said "ohmygosh there's an African American man with an afro!"  He looked straight out of the 60s (think Mod Squad) I don't think Shelba saw it lol That's okay I saw several things she didn't and she saw things I didn't.

Part of the process is being free to let the painting take you where it leads you. Early on the dancer spoke to me then the moon. Later I saw a cockatiel that eventually became my fish, mainly because fish speak more to me than cockatiels J  I saw Pearl but she never materialized to what I wanted her to be. Where I saw Pearl, Shelba saw a bull, the Chosen One a pig. I'm not finished and I am positive that she will be hidden under more layers of paint. I love my fish but I am having a hard time with him fitting into the story my mind weaves for this painting so I think he'll be covered but not before he is well photographed so I can try to recreate him on another canvas...pretty sure that totally breaks away from intuitive art.

I can't say enough positive things about Shelba as an instructor. She was very organized and clear. She explained everything well even though there were things I struggled with. There were a few times she was firm but only after she had shown me and told me to "push the paint" or "lay your hand flat" multiple times. Her becoming firm helped, it put her voice in my head so I am quite sure when I get back to this piece I will hear her guiding my techniques. The coolest part about Shelba was that she was incredibly supportive and encouraging. I would do something and she would get excited and tell me how awesome it was, etc. The best part was I never once felt like she was insincere, in every aspect of the class I felt she was being genuine and sincere.

If you are in the Raleigh area I highly recommend taking a class with her. She uses the classroom at Marketplace by Gifts with a Heart on Hillsborough Street. Besides art she is also doing creative writing workshops. You can see the schedule on the store's Facebook page. In fact the one tomorrow night is free!

The photos below are all of the same canvas and in order of progression. Please remember I am not finished and I know you might not see Pearl and I’m okay with that lol I promise I'll post a few photos when it speaks to me and says "no more" because that part is intuitive as well. 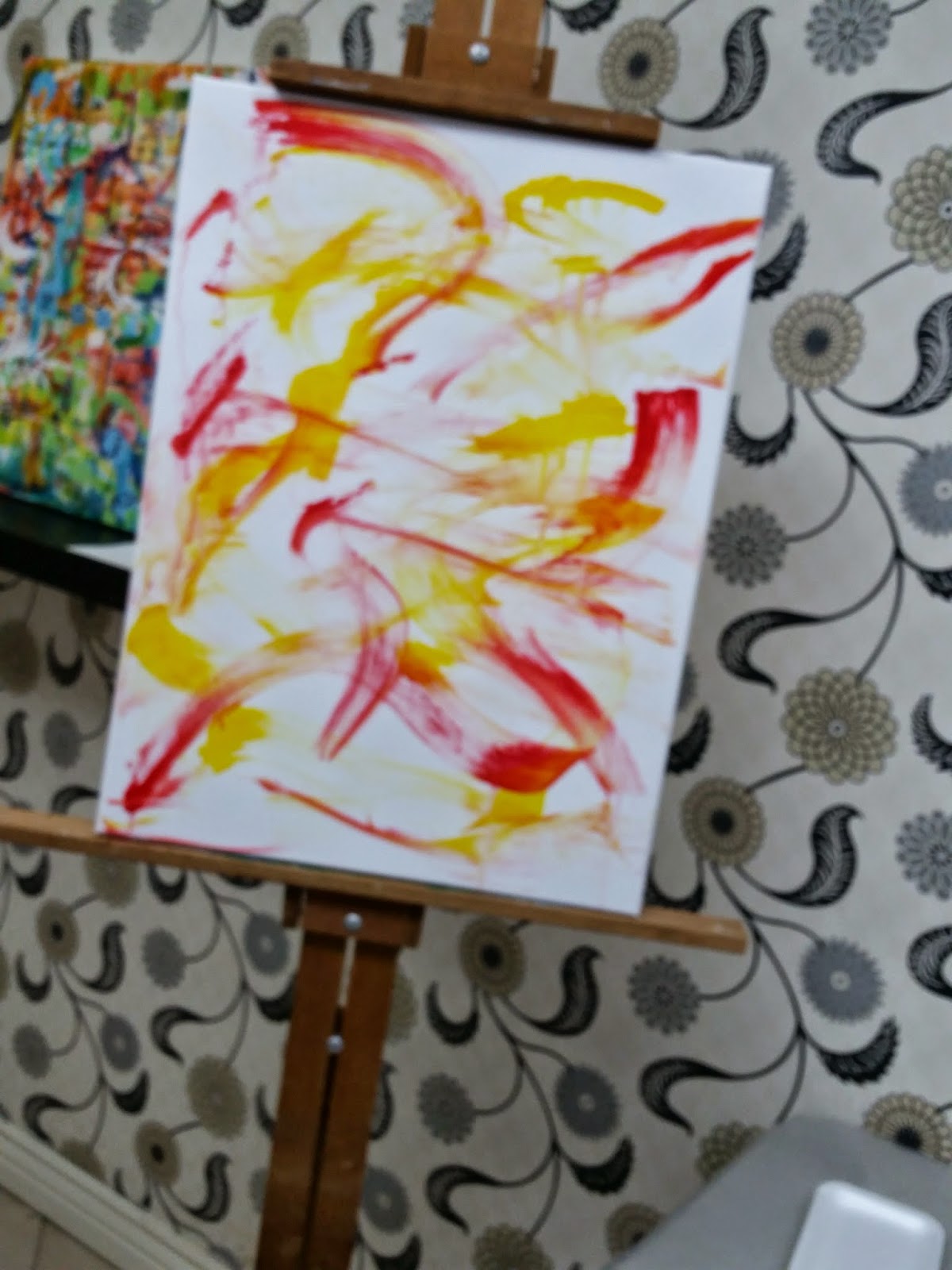 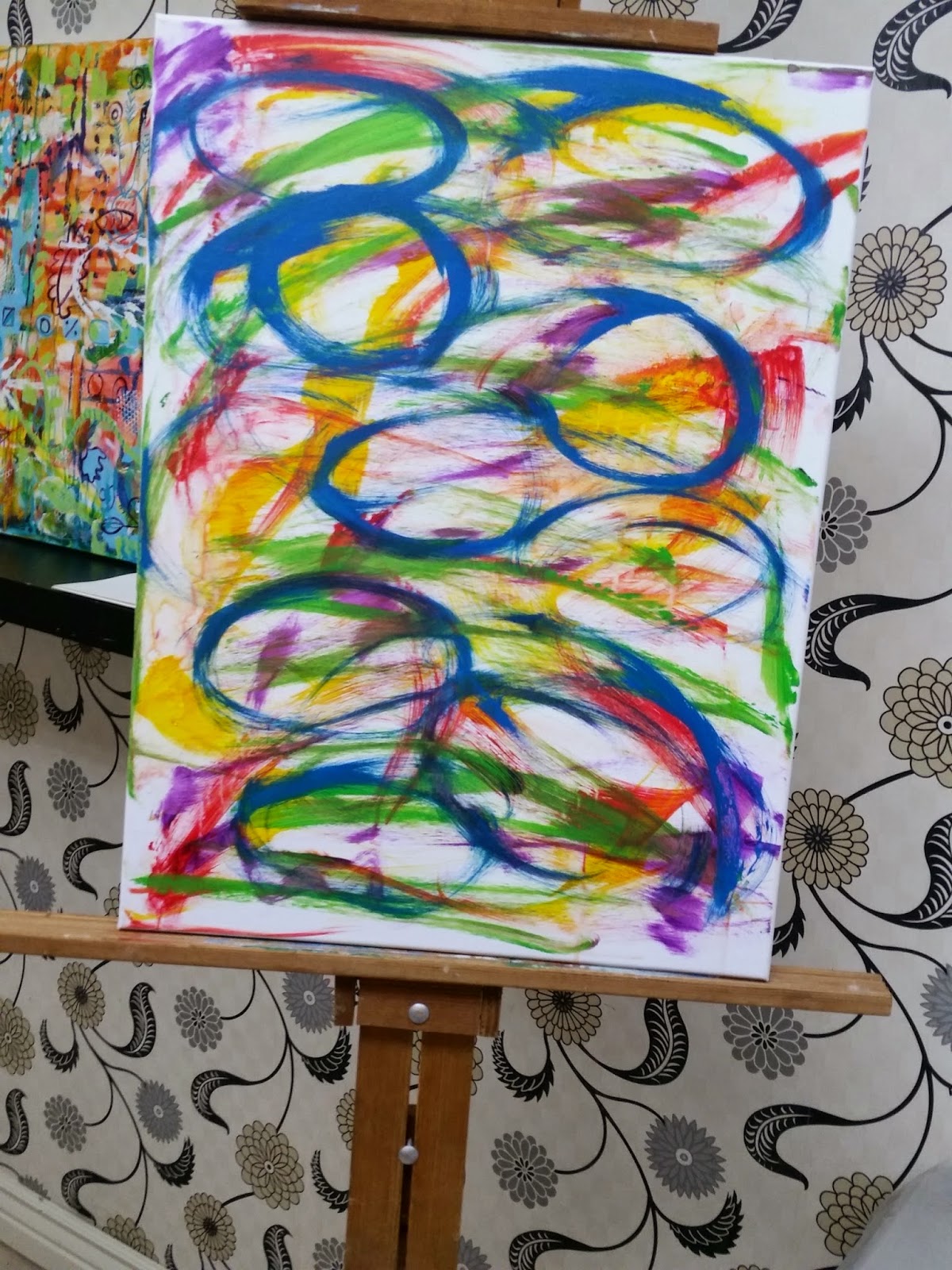 choose 2 or 3 cool colors;
be sure to use different shapes and patterns 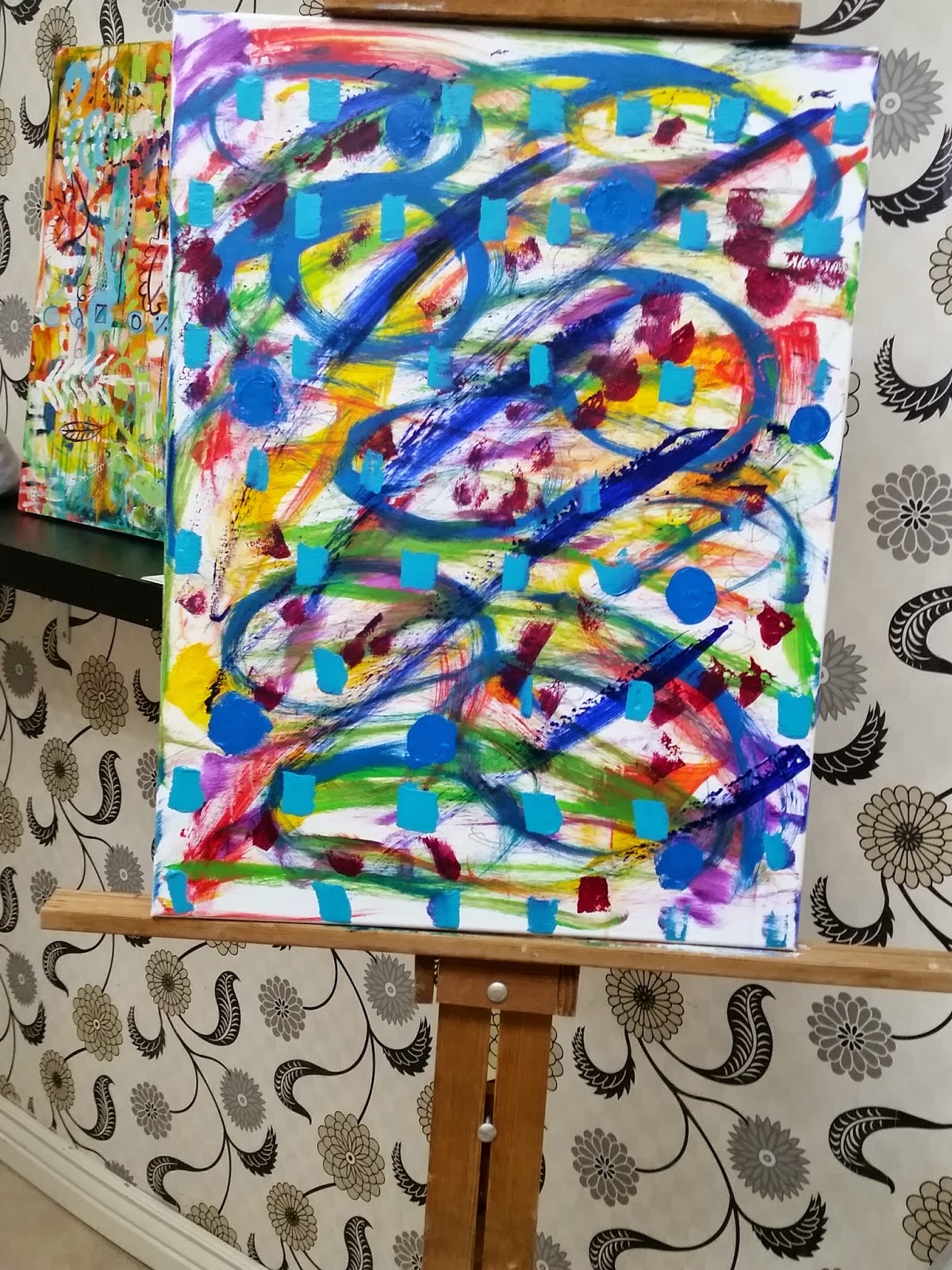