The Absolute Best Decision of my Life 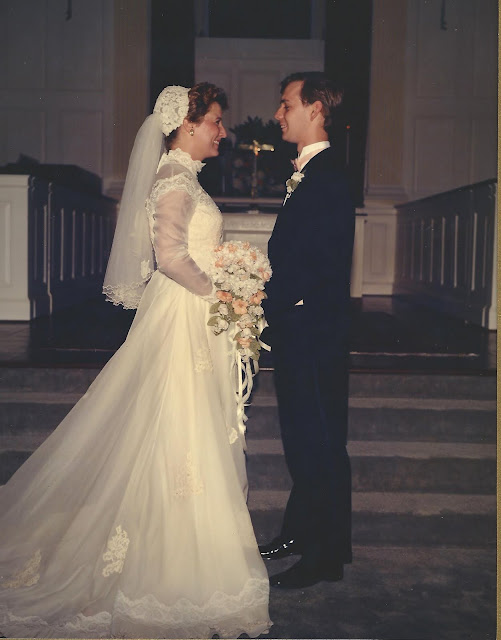 He was not the first man I loved, not even the second but he is by far the best man I have loved. Both of us had thought we had found the people we would share our lives with earlier in life and been on the heartbroken end of love. If my faith and understanding had been anywhere near as strong as it is now I would have known that God truly does have a plan for each of us. Even though we had to take some wrong turns and thought we would never have the love we wanted, God had already marked us for each other. I had had many long term relationships but this one wasn't. I had quit my job at the School for the Deaf, moved back to the college town I had not loved and gone back to school. He was a year out of college, almost 4 years younger than me and had just moved to the college town for his first real job with a major pharmaceutical company. We met in late September (yay ECU football) and had our first date October 4th. 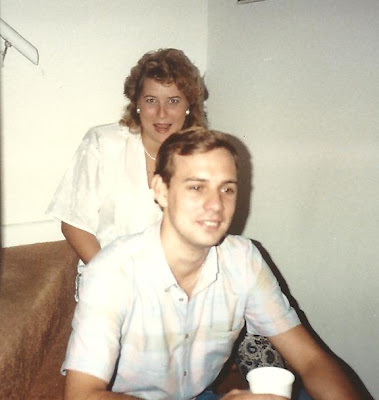 He professed his love before Christmas, my Mama and oldest sister told me not "to hurt that boy" (he was so young and sweet and innocent looking) 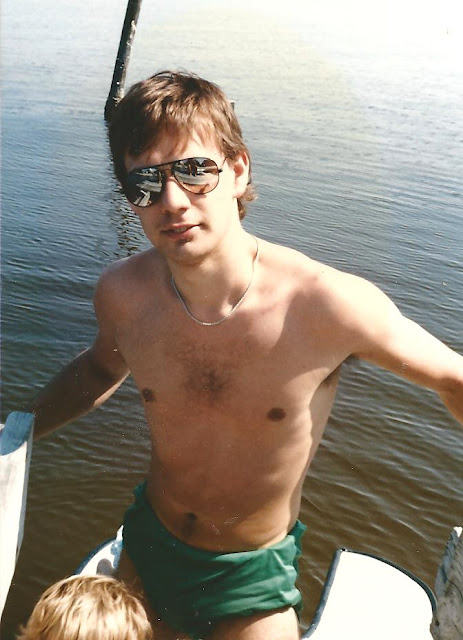 Right after 1986 arrived I knew he had my heart. He proposed at Duke Gardens on March 4th...don't be thinking he was ohhhh sooo romantic!! We had just had an amazing weekend in Boone (no proposal on the mountaintop) 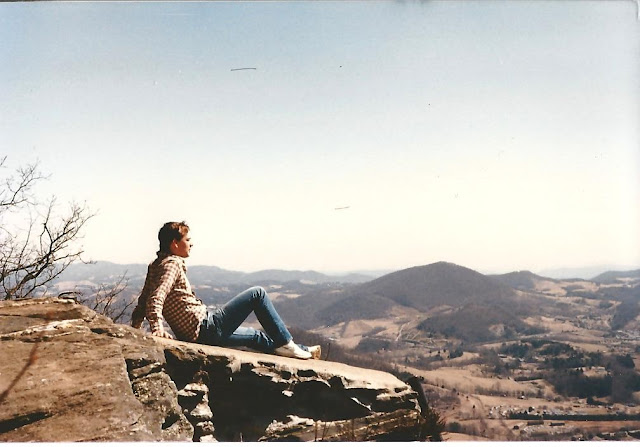 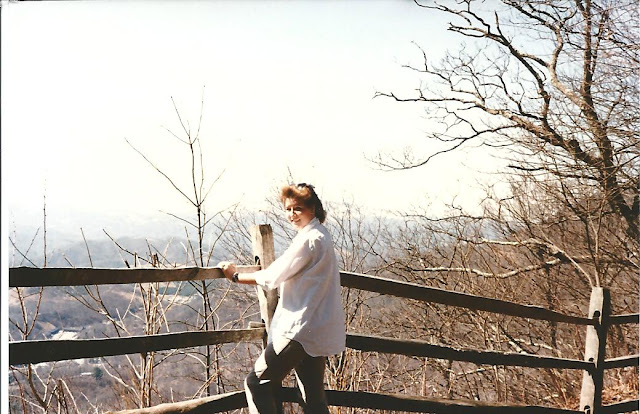 and spent a few hours walking the gardens in the city he had spent his high school years in (no proposal)  butttt he waited until I was in the car to kneel down in the gravel parking lot, take out a family heirloom ring and ask me to marry him. We had hoped to get married in late summer but my minister always took that month off, somehow instead of moving the date farther out, we set it for June 14th! It took years for it to click for my Mama that we hadn't known each other a year and that he was really 3 3/4 years younger than me. She still is stunned every time his birthday comes around. I am the oldest child in his family, he is the youngest in mine.  For our honeymoon we went to Charleston SC and that is where we are as you read this (well, if you are reading on the 14th). 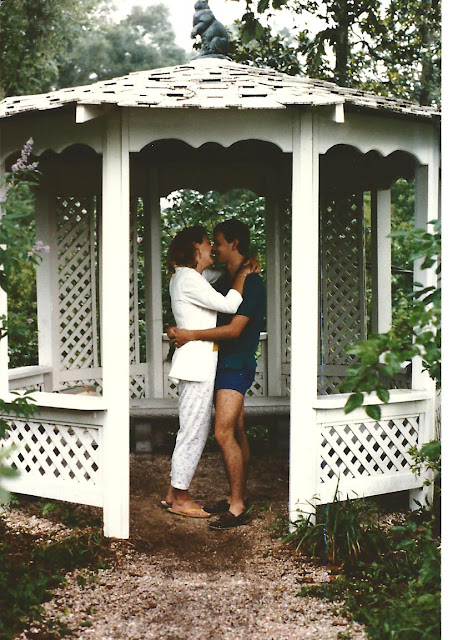 We have checked into the hotel that we spent our honeymoon in and have already enjoyed several days a little north of here at the beach. We have a system to anniversary planning...Stephen is even and I am odd....yes, he is even tempered and I can be a bit odd but what that means is which years we are responsible for planning. So although he certainly has known since Sunday we were in SC, he hasn't known until check in where we will be spending the night.
I have been so incredibly blessed by God's choice for me all these years. I know that I would have had a good life but oh my dear, sweet Stephen, my Chosen One, I know I would not have had this most glorious life that I share with you. Thank you for the last twenty five years! I love you very, very much ;) 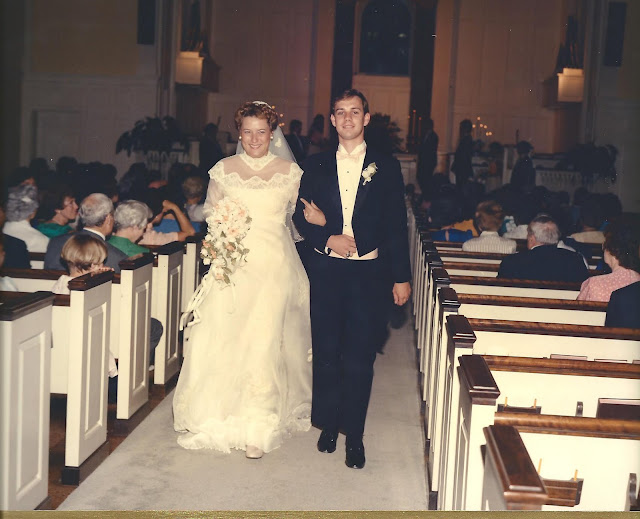