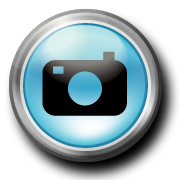 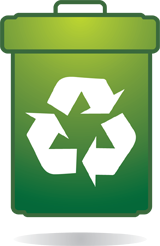 I have just permanently deleted almost 5000 items from one of my desktops!  It had a little stuff that was waiting to be deleted but the overwhelming part was photos!!!  One of my goals for the fall is to get all our photos organized.. I know ::::gasp:: you say "her photos aren't all organized??!!" "  "does this mean she hasn't scrapped them??!!" "people pay her to do their scrapbooks but her photos aren't even organized on the computer???!!!  uhhh yea, true, true, true but I'm working on it.  I have 6 photo boxes full of photos that need to be scanned. That doesn't touch the 2 bins that seem to be full of photos! All of that really is organized (somewhat) but they are all predigital. So first I am focusing on what is already on the two desktops.  Two??!! "Didn't she say she deleted almost 5k from one??!!" Why, yes, I did, we take a lot of pictures and after all we are talking about over 10 years of digital photography.

This summer I bought two items from Elizabeth, my Creative Memories consultant. I bought the Memory Manager which I am realllly excited about. It super organizes all your photos and gives you so many options in working with them. I also bought the Storybook Creator. It will provide me the opportunity to turn my layouts into actual books, print out my digitally designed pages or just keep them in an online album. They were running a special this summer but I do believe that has ended. I paid $39.95 for the SB Creator but there was a coupon code inside the box for a free storybook valued at ...yep, you guessed it $39.95, sweet! I know you are bummed you missed that buttttt they are having some digital deals. If you are interested hurry, the sale ends the 21st. hmmmm this post did not start out as a CM ad but maybe it'll help someone get organized ;)

I am also purchasing my first ever laptop. I'll be able to organize and create when I am not sitting at the computer. Mainly I am getting one because my PC upstairs in the studio is sooooo slllooooowwww and that si where I do all my BEglorious design, etc.  So maybe I'll go shopping this weekend but probably not. We've rented a movie for tonight (Sherlocke Homes) and are munching on subs and chips. Very early tomorrow we head to G'vegas for the the ECU-Memphis game. We play at 12:00 so tailgating will be brunch meaning I have to get up even earlier to bake dozens of tea biscuits with country ham and sausage....yuuummmm.

Have a glorious weekend!
Posted by Beverly at 5:47 PM