Morning, glories!  I've been away the last 2 Mondays so I have a bit of catch up to do.  The Chosen One and I celebrate our 30th anniversary in June and several years ago decided it would the year to hit Hawaii. He wrapped up 30 years with his company in December and was given a sabbatical until the end of March. We're excited that that is the date he starts a new chapter with another pharmaceutical company.

We've had a tremendous amount of together time over the last three months and I have learned something huge!  We're good together lol, seriously we both wondered about that much togetherness and it has been such a gift. We now know that life after he retires will be glorious!

Since he had the time off we did the trip early and just wrapped up 2 weeks in the islands. We spent time on Oahu, Kauai and the Big Island, Hawaii. We did so many cool things, I'll possibly overwhelm you with Hawaii posts in the coming weeks!

I learned that because the Chosen One has a close and warm relationship with sleep and I do not, he adjusts to time changes much better than I do. 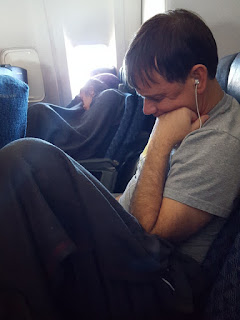 I learned that when your tour guide/bus driver sings beautifully the entire tour group can sound amazing serenading you for your anniversary with "Can't Help Falling In Love". This is an ad but it's our guy.

I learned that "The Eddy" is a huge surfing competition in memory of Eddie Aikau. The competition is only held if waves are up to "Eddie standards" so in excess of 20'. Hawaiians measure waves differently from the rest of the world, everywhere else they would be measured even higher. It was held on the North Shore of Oahu the day we arrived, the first time in 9 years. Winning is like winning best actor at the Oscars and a 16 year old won. Here's a cool video about it.


I learned that there are loose chickens and roosters on every island I visit whether Caribbean or Hawaiian but none have as many as Kauai. Hurricane Iniki in 1992 blew apart chicken coops on the island and they have been running wild and reproducing ever since. The roosters don't understand they should only crow at dawn and crow all day long. 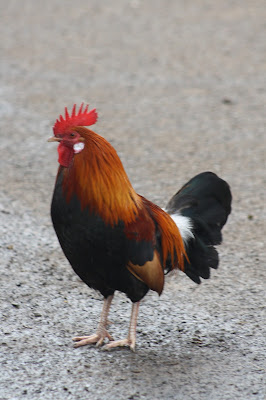 SweetGirl had chickens as a child (I have a story to share about that another day) She still loves chickens and was very excited when we sent her pics. We found the perfect tshirt for her. 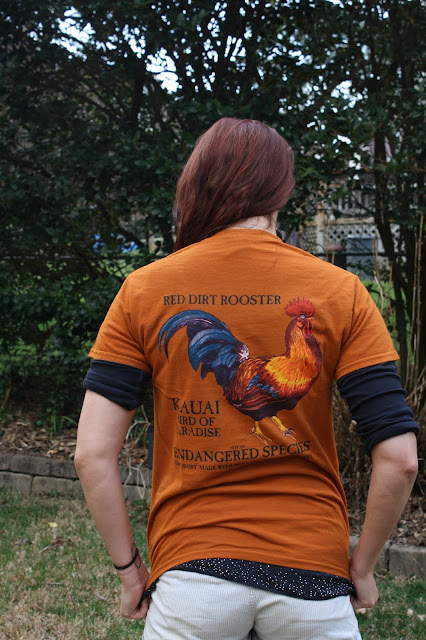 I learned soooooo many things but I'll stop with this last one (for today). The Hawaiians were having a problem with rats in the pineapple and sugar cane fields, a big problem. A really smart guy decided they should introduce the mongoose to the islands to eat the rats. Unfortunately the mongoose hunts during the day and rats are nocturnal so they never crossed paths. The mongoose didn't solve the rat problem but has done a great job of reproducing. The Chosen One was excited about seeing them, they looked like diseased ferrets to me. Evidently they are like raccoons in that they like to check out the garbage. Photo credit to TCO. 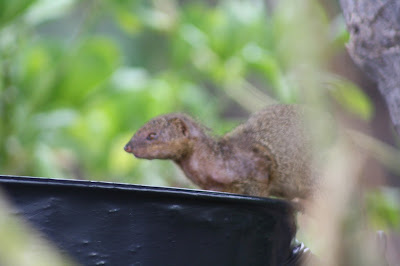 Memorandum Mondays are inspired by Sian of From High In The Sky. It's a weekly meme so click here to see what Sian and others are sharing; the things they've done and something they've learned in the past week.