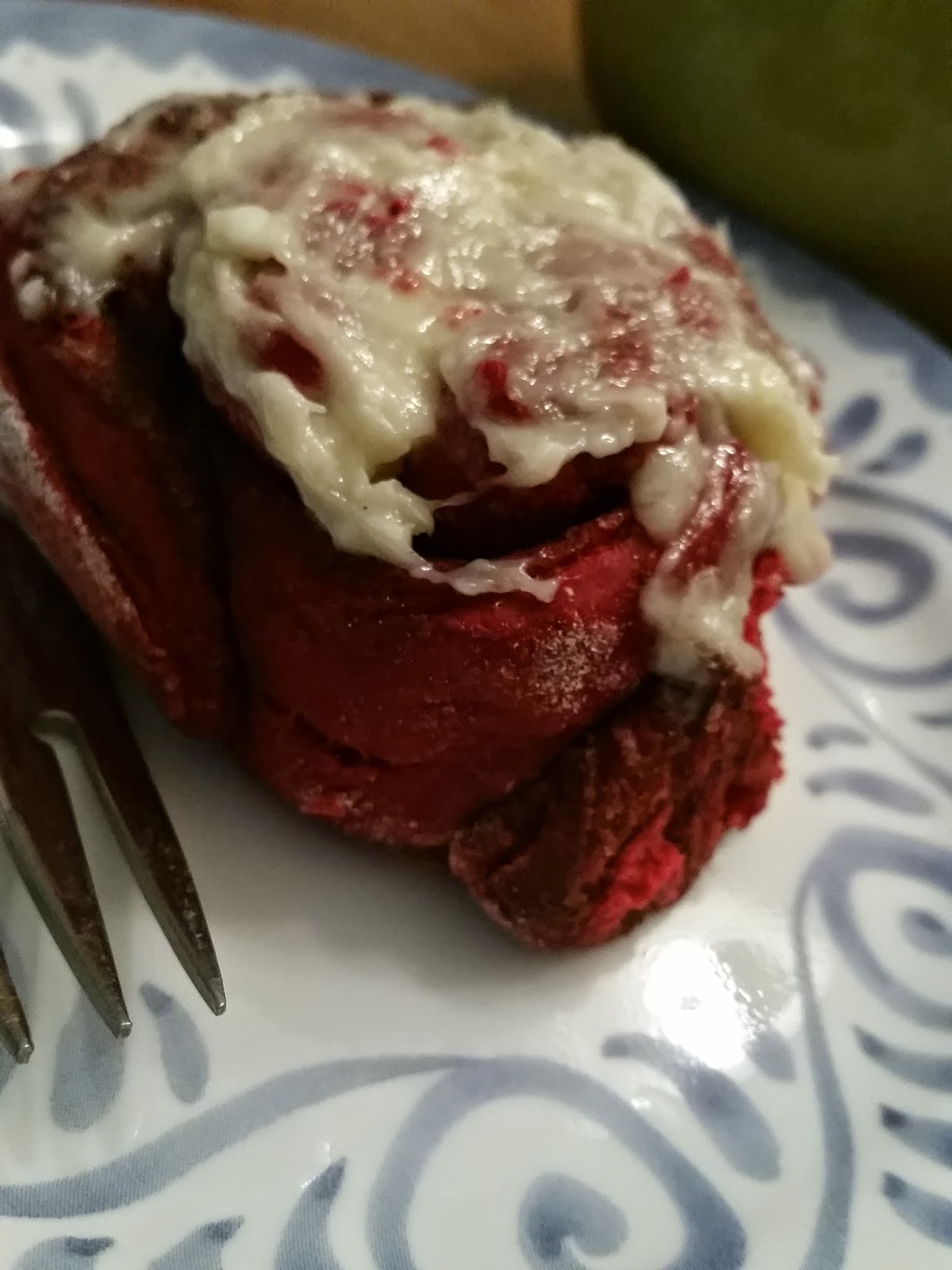 Last week when it snowed/iced I went into baking mode (that was not possible this week because we had no power @@)  Anyway the Chosen One loves German chocolate cake and I never make it (I am not a fan of coconut). I decided to make German Chocolate stuffed cupcakes which must have been good because they disappeared. Then I decided to be brave and attempt something I had no experience with ... I have never made bread other than in a bread machine. I figured the worst that could happen was it would be awful and we'd throw them out. Believe me, that did not happen. They were amazing!! I was a rock star!! I had tons of facebook comments so here's the recipe I used for


RED VELVET CINNAMON ROLLS
recipe adapted  by Melissa of  No.2 Pencil
from a Duncan Hines recipe My comments are in italics. 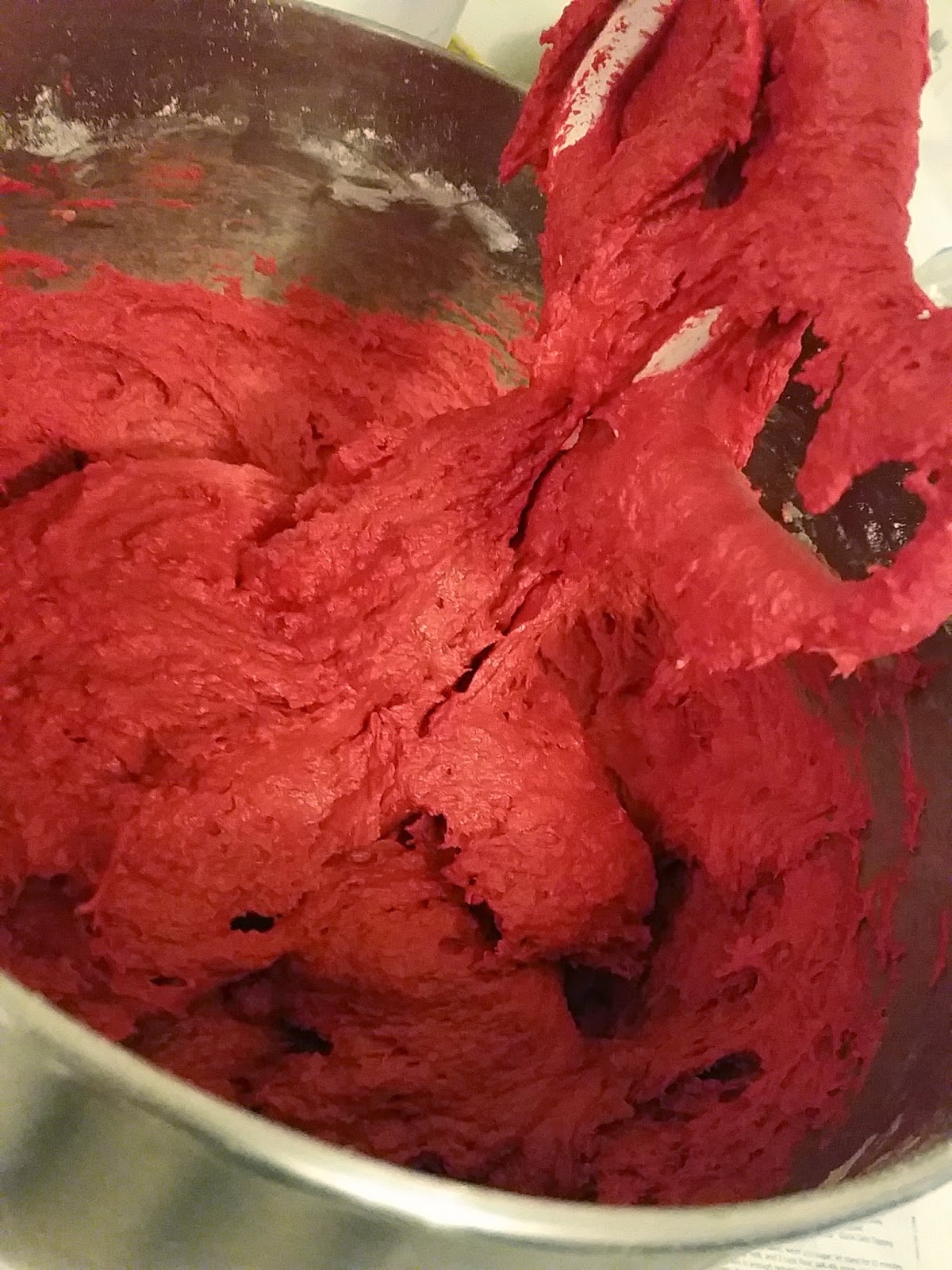 Combine two packages of active dry yeast with warm water in the bowl of a stand mixer. Stir until dissolved. Add cake mix, flour, vanilla and salt. Use dough hook attachment to knead dough together, just for a minute or two. Move to larger bowl, cover, and let rise for about an hour. Punch dough down after an hour, and let rise again for another hour. 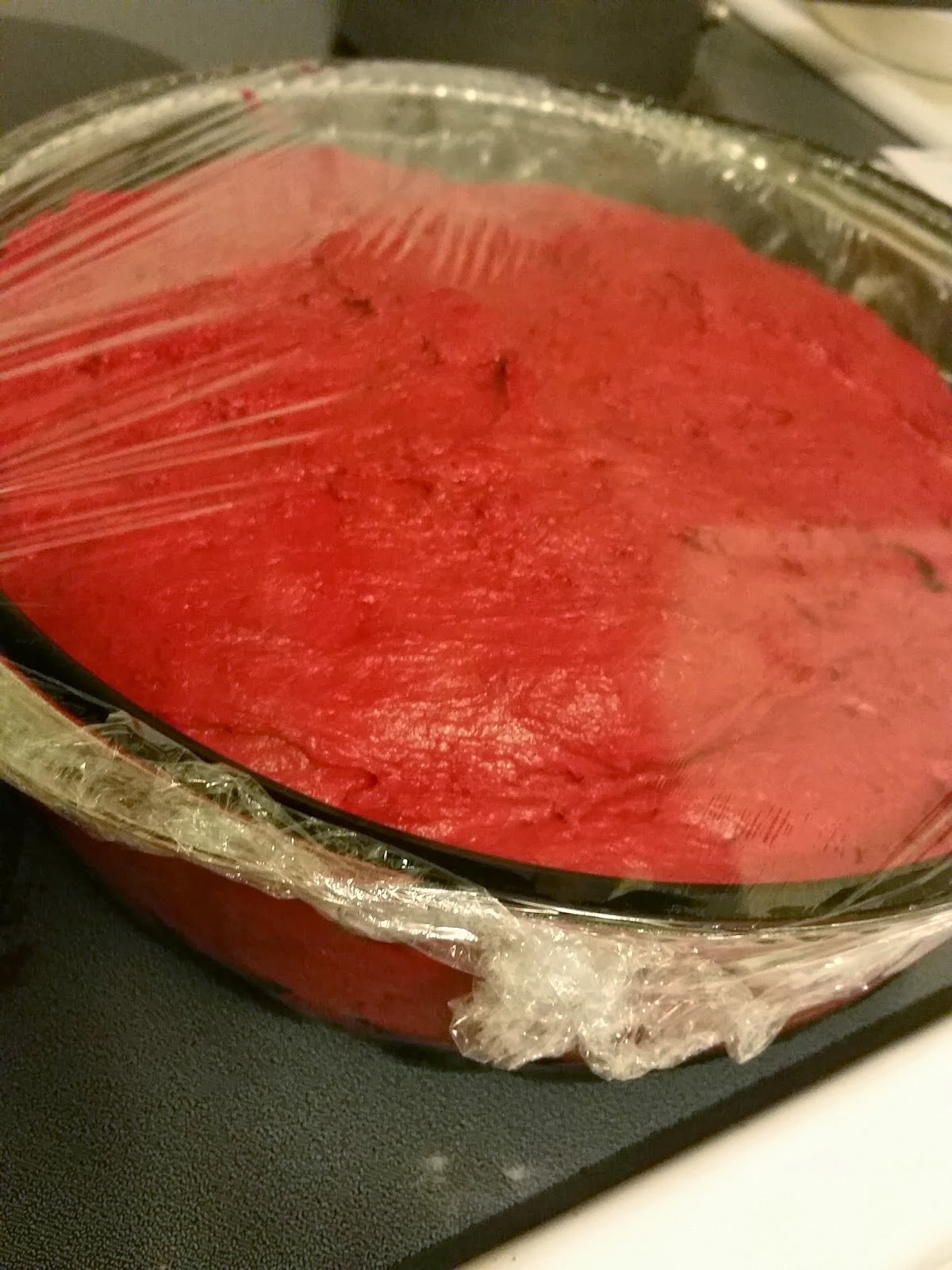 Use plenty of flour on a clean surface and turn dough out.  Shape into a ball, then roll into a rectangle shape, Melissa's measured about 28×17, mine was a bit smaller. Spread softened butter over dough. I put the butter down in "globs" and then just spread it around with my fingers. Heavily sprinkle with brown sugar, repeat with granulated sugar and finally an generous layer of cinnamon. Start from farthest edge and roll dough tightly into a long skinny log shape. After rolling I stretch mine longer very gently. Slice into 24 rolls. 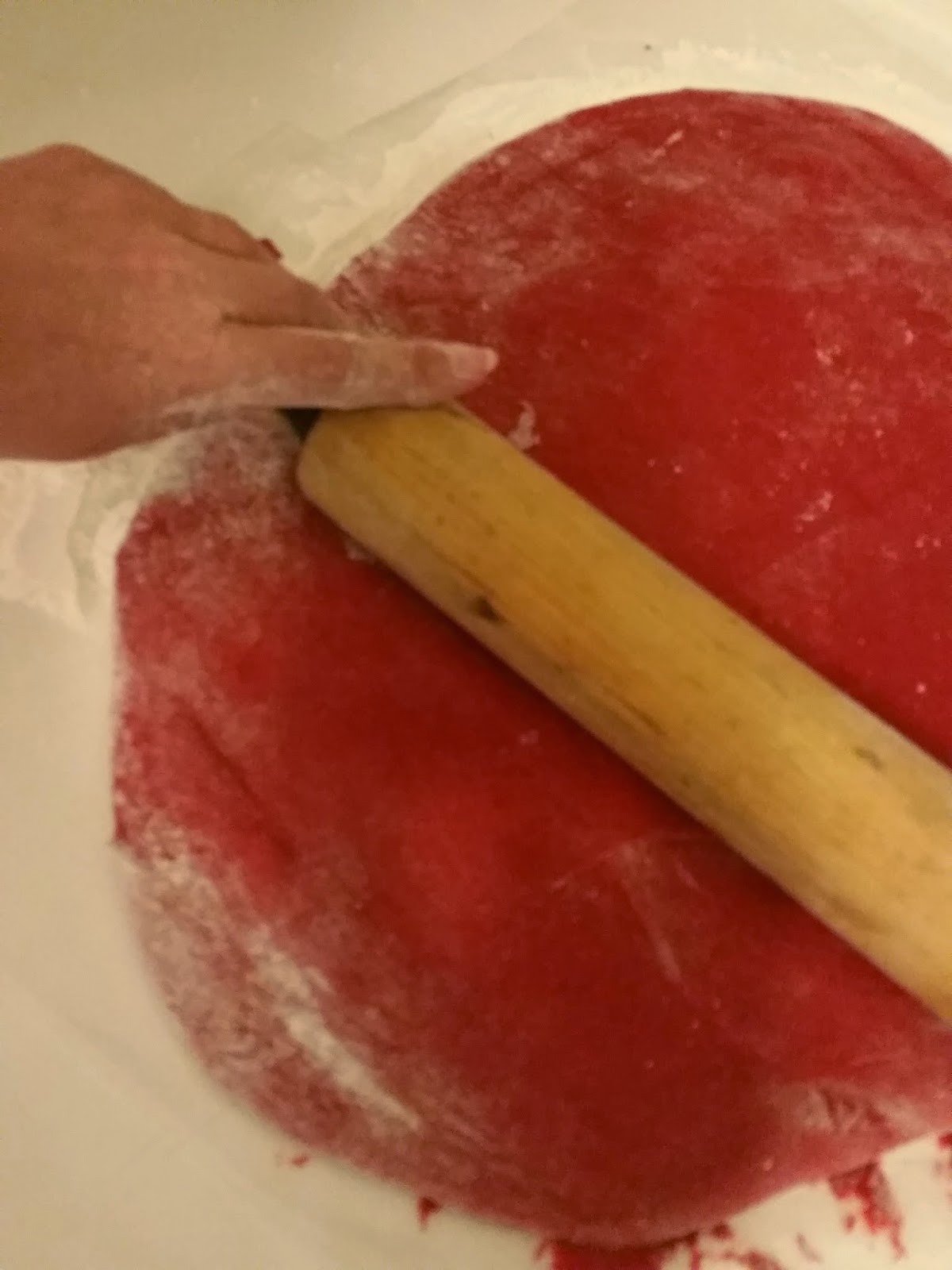 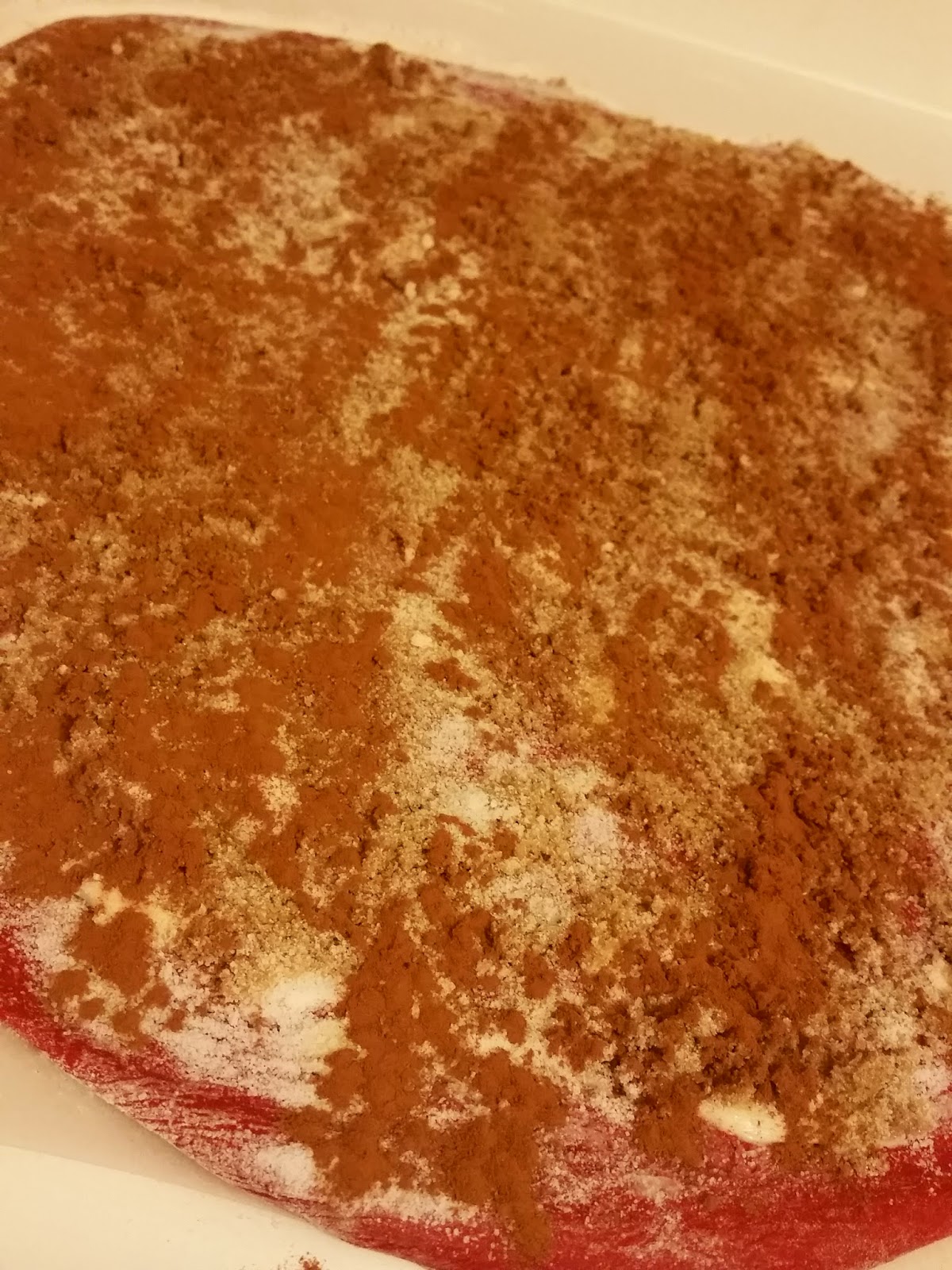 Place rolls in two 9×13 pans that have been greased with butter, or sprayed with non stick cooking spray. Let rise a final time in pan for about 30 minutes.
Bake at 350 degrees for 15-20 minutes.
While the rolls are baking, prepare cream cheese frosting. With paddle attachment on the stand mixer, combine room temperature butter with powdered sugar. Beat until well combined, then add vanilla and pinch of salt. Mix again, then while mixer is going, drop cubes of softened cream cheese in the bowl one at a time until frosting is well mixed. While the rolls are still very warm spread the frosting on top. Grab a glass of milk or some coffee and savor the awesomeness.

They are simply glorious!