Pinspiration
a weekly challenge to actually create something inspired by Pinterest
Surprise!! I have finally gotten back into my groove and have let Pinterest pinspire me this past week so I have several things to share!  I was in no way pinspired to do a Saint Patrick's Day craft but yummm all the Irish foods being showcased got my attention. I didn't get around to making the gluten free Irish Soda Bread I had intended to make but did make colcannon. It was so good that the Chosen One was telling other men about it at church on Sunday and commented that he hoped it would become a regular menu item not just Saint Pat's to which I wholeheartedly agree. I did take a few liberties with the recipe. I substituted collards for the kale and couldn't resist adding some Irish cheddar. Here's the recipe and a look at the finished colcannon.

For a variation, sub out half of the potatoes with parsnips. Can add chives, leeks, or bacon too.

(I weighed my potatoes and it took 7) 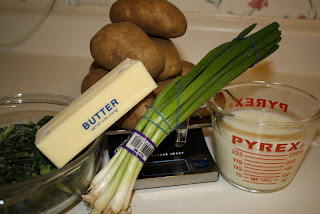 1 Put the potatoes in a medium pot and cover with cold water by at least an inch. Add 2 tablespoons of salt, and bring to a boil. Boil until the potatoes are fork tender (15 to 20 minutes). Drain in a colander.
2 Return the pot to the stove and set over medium-high heat. Melt the butter in the pot and once it's hot, add the greens. Cook the greens for 3-4 minutes, or until they are wilted and have given off some of their water. Add the green onions and cook 1 minute more.
3 Pour in the milk or cream, mix well, and add the potatoes. Reduce the heat to medium. Use a fork or potato masher and mash the potatoes, mixing them up with the greens. Add salt to taste and serve hot, with a knob of butter in the center.
Yield: Serves 4 as a side dish. (I would calculate it as 8 servings) 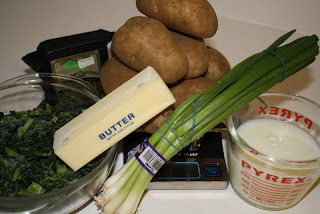 that sneaky Irish cheddar somehow managed to sneak into the ingredients pile!

I decided it might be a good thing for me to steer away from all the deliciousness of the food pins and actually create something. I haven't been able to do much of that lately so chose the pin I had of printing photos on brown paper bags.


I chose this picture I took of the Beast and SweetGirl while we were in Florida. 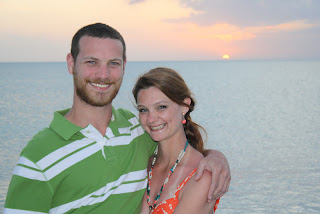 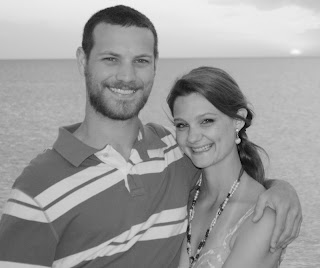 Next I printed the photo onto a brown paper lunch bag. Yay! Success! 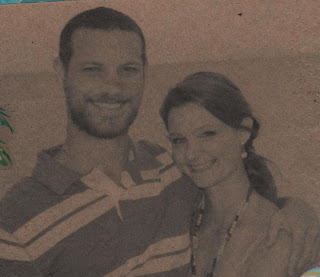 But it really needs to go on something so I made a card. 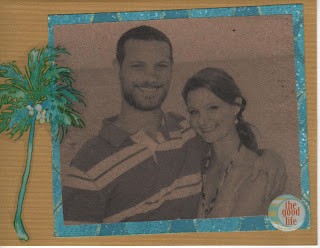 SweetGirl's parents took care of Darby for the entire week we were gone so I think I'll send the card to them :)


If you are new to Pinterest here's a good tutorial
http://thedailydigi.com/pinterest-101-a-tutorial/
If you need an invitation to join Pinterest just let me know in your comments or email me!
Have a glorious day and be inspired to create something today! 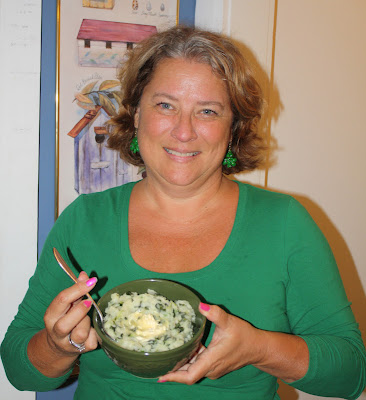