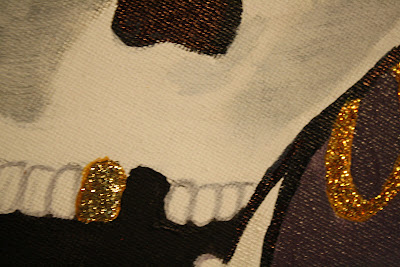 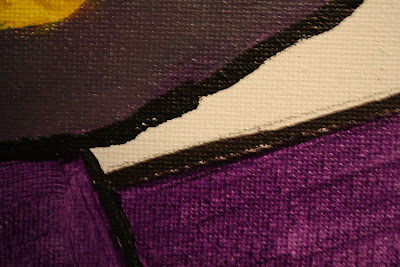 Last week I gave ya'll a sneak peek with the above photos. I couldn't show the finished piece because the Easter Bunny needed to deliver it to the Pirate. He has mentioned things from the blog recently so I was a bit nervous that he would see it before he received it. 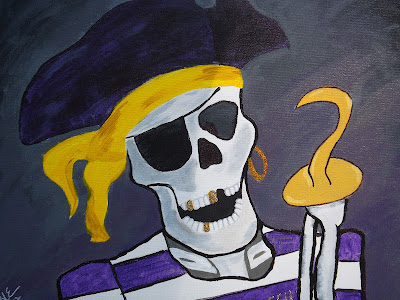 The earring, gold teeth and ECU are all blinged out. I was a bit uncertain doing it but that was what he mentioned as being so cool! Yay! 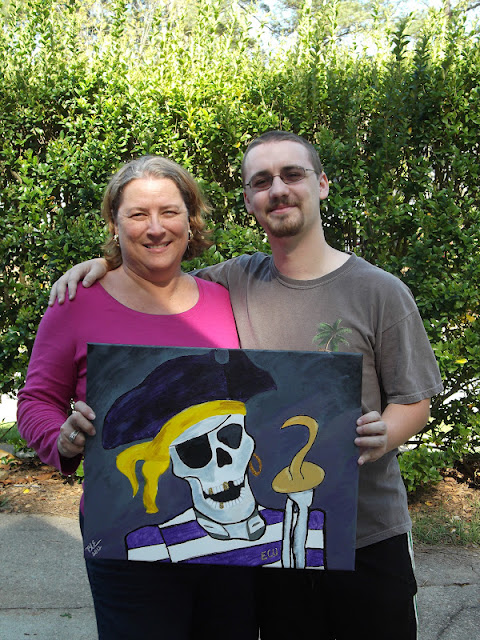 Two happy Pirates :)  aarrggghhhhh
The Pirate now has two paintings I have done and the Beast none : (
I did give him that really cool art piece by Dean Russo for Christmas and the Easter Bunny brought him and SweetGirl a canvas of one of the photos of them on LGI but still it's not the same as a painting done by your Mama for you. So my painting efforts are now focused totally on the Beast. Have you done any paintings?  Do you create any art specifically for your children?
Posted by Beverly at 12:00 AM